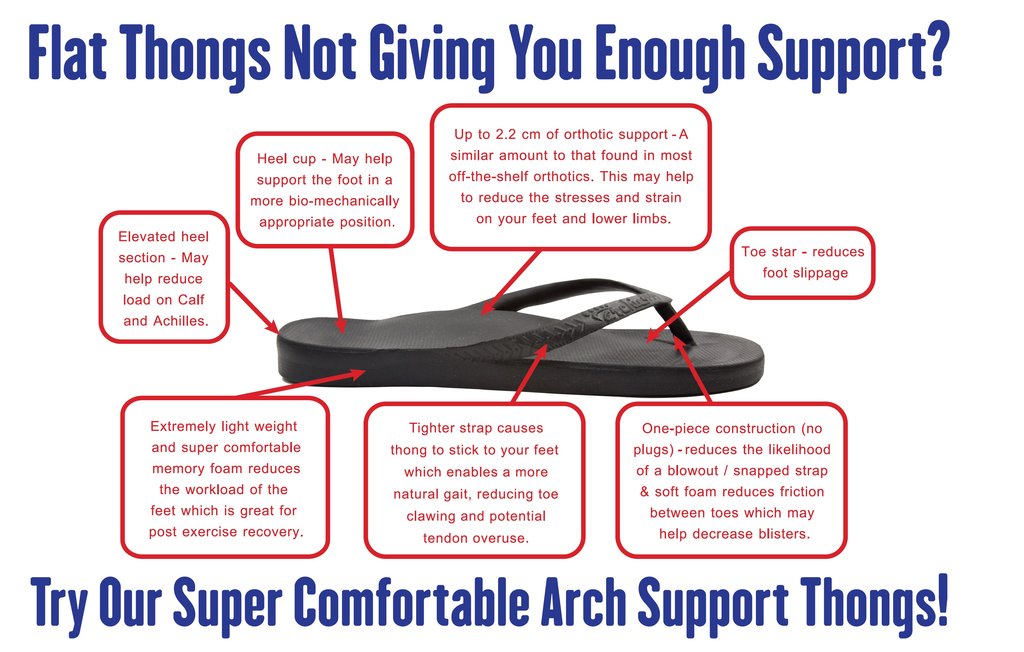 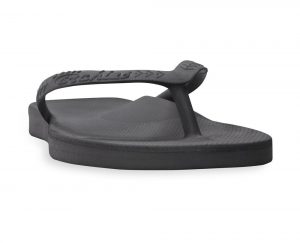 As the warmer weather approaches, we at Body Mind Wellness Physiocare thought it would be a great time to let you know about a fantastic new summer product we have come across that you may benefit from!

The new product is called, “Archie’s Arch Support Thongs” and they are an orthotic thong that were designed by a young Physiotherapist who was sick and tired of telling his patients to stop wearing flat thongs (Does this sound familiar?). While the concept of orthotic thongs is not new, this design varies greatly from anything we have ever seen before as they incorporate legitimate orthotic support but still just look like normal thongs!

At the start of every summer there seems to be some form of article in the newspaper or a T.V interview about the negative effects of flat thong wearing, in fact it has been well reported in recent times that there are many elite sports teams which have actually banned their athletes from wearing flat thongs!
While we are all reasonably aware that flat thongs are not great for your feet, what’s actually wrong with normal thongs?

We are proud to offer a wide range of comprehensive services to meet the needs of patients of all ages. Physiotherapist, Marika Scicluna, specialises in providing personalised Physiotherapy care, Rehabilitative Pilates, Acupuncture and Manual Therapy.